I’ve been thinking a lot about 1994 lately. I think the recent 20th anniversary chat over the McCann Revolution at Celtic was probably the catalyst for that, hearing all the war stories & memoirs of the key players reminding me of my own relative lack of engagement by comparison. I’d love to be able to add to the rich oral history of that time, but to be perfectly frank I was just an occasional face in the crowd in those days, frequently distracted by a whole load of other things going on in my life, and eternally grateful as a result that there were people far more dedicated & diligent than me out there prepared to go through the required levels of stress & hassle on my behalf necessary to do the job & save the Club.

In truth, I’d largely drifted away from Celtic by early 1994, mainly through simple economics. I was two years married, struggling with a mortgage we could ill-afford, in a job I could barely be arsed doing, with whatever disposable income remaining being prioritised toward nights out, gigs, and buying CD’s. Adding to my isolation from Paradise was the fact that the supporters’ club I’d run for several seasons had imploded spectacularly, and also being a non-driver at that time, meant simply getting to Parkhead for a game was a total expensive hassle. I still had my season ticket but the installation of seats in The Jungle at the end of the previous season, and the loss of the spot I’d stood with my friends for most of the previous decade, ripped the heart out of it for me. The other issue was my friends had largely dispersed to the four corners of the globe through pursuit of their own careers, leaving me pretty much alone in making my way to games and highlighting my own seemingly futile professional pursuits. More often than not that season I’d find an excuse not to be at a game, making it increasingly difficult to justify the annual outlay to the new Mrs. T, and steadily loosening the bond I felt with the Club.

It wasn’t all shite though. I spent a lot of time discovering new music during that period, and revisiting old music that I’d either missed or been too young to appreciate before. That resulted in a rededicated interest in going to gigs, principally with my good mate/ musical spirit guide/ token Rangers-supporting pal Mo Crooks. Mo was the guy who originally got me into, amongst others, The Smiths & the Stone Roses (you may have read those blogs already, but if not fill your boots after this) and if nothing else will always be dear to my heart by virtue of taping Steve McQueen by Prefab Sprout for me. We’d been close since school, and amongst other key events he’d been at my side when I got married, when we saw the Commotions with Billy Bragg & Love and Money & The Big Dish in ’86, and I’d also been Best Man for him. Mo would literally listen to ANYTHING- he’d a great filter for finding the best music around, way beyond my default ‘heard it on Peel’ shtick- he’d spend hours hanging around record stores at weekends, looking, listening, finding & then sharing. His compilation tapes were the stuff of legend, lovingly pored over for hours, days on occasion, and then shared with me when they were ‘ready’.

The big thing for Mo & I in early ’94 was going to be Nirvana at the SECC at the end of March. At that point if you were serious about your music like we were, there was simply nothing that was going to compare to that gig- they were the most important band in the world, and tickets were like gold dust. The first indications that either of us had that things might turn bad were when Mo phoned me at work to tell me Radio 1 were reporting Kurt had ‘taken ill’ before a gig in Rome a few weeks before we were due to see them. I wasn’t aware of the euphemistic reference at that point, only finding out via the press over the coming days that there had been a suicide attempt, he’d flown back to the US for treatment, & the European tour was off. I made the trip up to Ripping Records in Edinburgh over lunch-time the following week to enquire about refunds, only to be told to hang onto the tickets meantime as there was a “very good chance’ the gig was going to be rescheduled. Kurt was dead within the week. I’ve still got my ticket in the attic.

Things were really dark when Kurt died. It really did feel like the end of something, and whilst these were the pre-internet days and information didn’t quite travel at the speed it does now, there was enough TV & radio & press coverage happening to show that it was a Really Big Thing globally for a lot of people. Musically I’d always been a bit of a tart, flirting with pretty much everything without ever really being part of a ‘scene’, so my sadness at his death largely came from empathy with a young misguided husband & father who’d reached the end of his tether, coupled with a real sense of disappointment that there would be no more music to come, rather than the ‘loss of the leader of a generation’ stuff that I was reading about in the NME. In my weaker moments, I even found myself admitting that, deep down, there were tracks on In Utero that were, well, a bit pants really…

So Celtic were in turmoil, Kurt was dead, I was about to swap a stifling mortgage for an even more crippling one, and was on the cusp of making a decision on my professional future which would define whether I was pursuing a career or simply existing aimlessly in a dead-end job. I desperately needed something to distract me from all the stressful pish. Maybe something a bit jaunty, not particularly dark, something hopeful & forward-looking. I’d had enough of dark at that point; a wee bit light seemed like a good call. Enter Parklife.

I remember hearing the synth-driven intro to “Life In A Day” by Simple Minds on the Radio 1 Breakfast Show one March morning in ’94 and wondering what the fuck was going on. Then the vocals kicked in & I realised it was Mockney barrow boy Damon Albarn rather than tights-fetishist Jim Kerr I was listening to. I’d bought the first two Blur albums & had seen them reinvent themselves from Baggy Manc-scenester-hanger-on’s to Bowie & Ray Davies-obsessed Little Englanders, neither of which had been particularly convincing incarnations to be honest. I’d seen them live a few times with mixed results, although the ’92 Rollercoaster Tour with the Mary Chain, My Bloody Valentine & Dinosaur Jr had been a highlight. (In truth, I know this through having been reassured of it by friends I attended with, as I was horrendously drunk & can barely remember being there…). I found myself intrigued by the shift in direction this song, Girls & Boys, seemed to be taking them in. I wasn’t interested enough to buy the single, but made a mental note to check the album out when it arrived. I’m really glad I made that decision.

Parklife arrived in late April 1994, after Celtic were saved, Kurt was cremated, my new house was bought & occupied and I’d started my new job. Everything seemed to be changing all at once, and every day was starting to be different. Parklife still feels like a metaphor of those times to me; 16 tracks, eclectic, stylish, schizophrenic at times, very much of its’ time, autobiographical & above all very entertaining. Effectively it sounds like a compilation album recorded by about 9 different bands, all with Damon (or Phil Daniels) on vocals. It sounded different to me from anything else I had been listening to at that point: the closest reference I could place it to was Pavement, and that was mainly down to the sheer optimism that pervaded the album rather than a particular musical similarity (although by the ‘Blur’ album in 1997 this had become a considerably more explicit relationship given its’ close, ahem, ‘similarity’ to a number of early-mid ‘90’s US groups).

Its’ a good album rather than a great one- its’ about 4/5 songs too long for a start, meaning that there are a number of clunkers on there (The Debt Collector, Lot 105, Magic America, Far Out, & Clover Over Dover all sound like throwaway extra tracks for 12-inch singles to me) but the best songs on the album have character, tell vivid stories, and crucially for me were filled with optimism at a time when I really needed it. And there’s eleven other songs on the album, so that’s’ quite enough for me to be going on with! 20 years on & its’ an album I’ve never been able to put fully out of reach: I seldom listen to it all, parts of it haven’t dated particularly well & the overwhelming London-centric Britishness of it grates on occasion too, but there are songs on there that I still listen to very regularly, and that I’d place very highly on my All-Time List…Girls & Boys, Badhead, Trouble In The Message Centre, End Of A Century and, above all, the quite simply majestic This Is A Low.

The important thing for me about Parklife isn’t the album itself, which is good but as I’ve already said isn’t anything like the greatest, or even my favourite. It just reminds me of a time when things were complex & bleak & a bit shite, and it came along & it cheered me up. Music doesn’t always have to mean any more than that. Sometimes its’ just about the emotions it conjures up, the distraction it can give you from reality. And if it can still take you to those places, or indeed away from them, 20 years after it was originally released, that’s pretty damn good going. 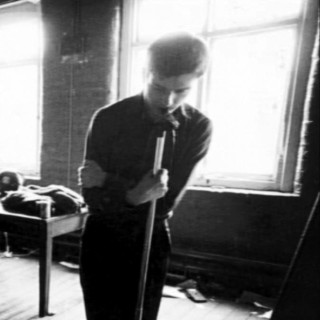 I look like Robert De Niro, I drive a Mitsubishi Zero...